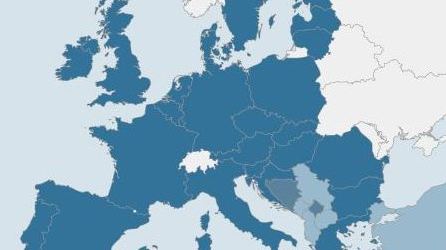 War and terror, a life that threatens all of us.

The German political leadership has actually also mixed in Syria. Although not with air strikes, but at least with observation technique, with aircraft that take the whole country – so to speak – under the magnifying glass. These aircraft can fuel even others in the air. England had dared out further recently in the fight against terrorism. What followed was a ‚ small attak´ in London.

Will there be an attac in our contries?

We all are used to a high level of security, as for the general anxiety in the public life of our countries. The German State protects our right by the `Grundgesetz´. The first sentence of article 1 `Grundgesetz´ says `Human dignity is inviolable´. This is the substantially essential statement.

Special technology provides us. The security technology is actually booming also for leisure, video surveillance systems are currently the top seller. But this is not sufficient. The images of Paris are still very present, we will never forget this. Our anxiety meanwhile is a `realitic fear`, we fear for our own lifes. Therefore, the anxiety is further dealing with it.

How to manage the fear?

The psychologist Borwin Bandelow says in an article of `DIE ZEIT´:

He means: One could get used to fear of terror threat and says: You have a queasy feeling since Paris? Something happened with us Germans since the attacks. That will fade away.

Borwin Bandelow is a very experienced psychologist. But did he tell us even, when our fear of terror will go by, and how to deal with this? We can`t eliminate the terror threat worldwide from one day to the other, create a new world without terrorism, which has just come so close to us after the bombing of Paris. We can indeed `eliminate fear´ temporarily, but our general anxety will overtake our fear as soon as there is a new attack.

You should trust the fear in yourself. This is important. But, that doesn’t mean that every scare in us is adamant. You can work on your fear, train it. Step by step you make a small little more ventures, and again on the new notes: „yikes! Has gone well.“ Because our body has once made this experience to remember that. And then the anxiety the next time is just somewhat less´.

Trust your fear. Only believe in what you’ve seen with your own eyes in raelity. Sit up for refugees, if you can reach them. If you turn yourself in your fear and DO something about it, your fear will watch always on you. Because only in doing there is a way to manage your problems. And finally, attack is the best way of Defense.